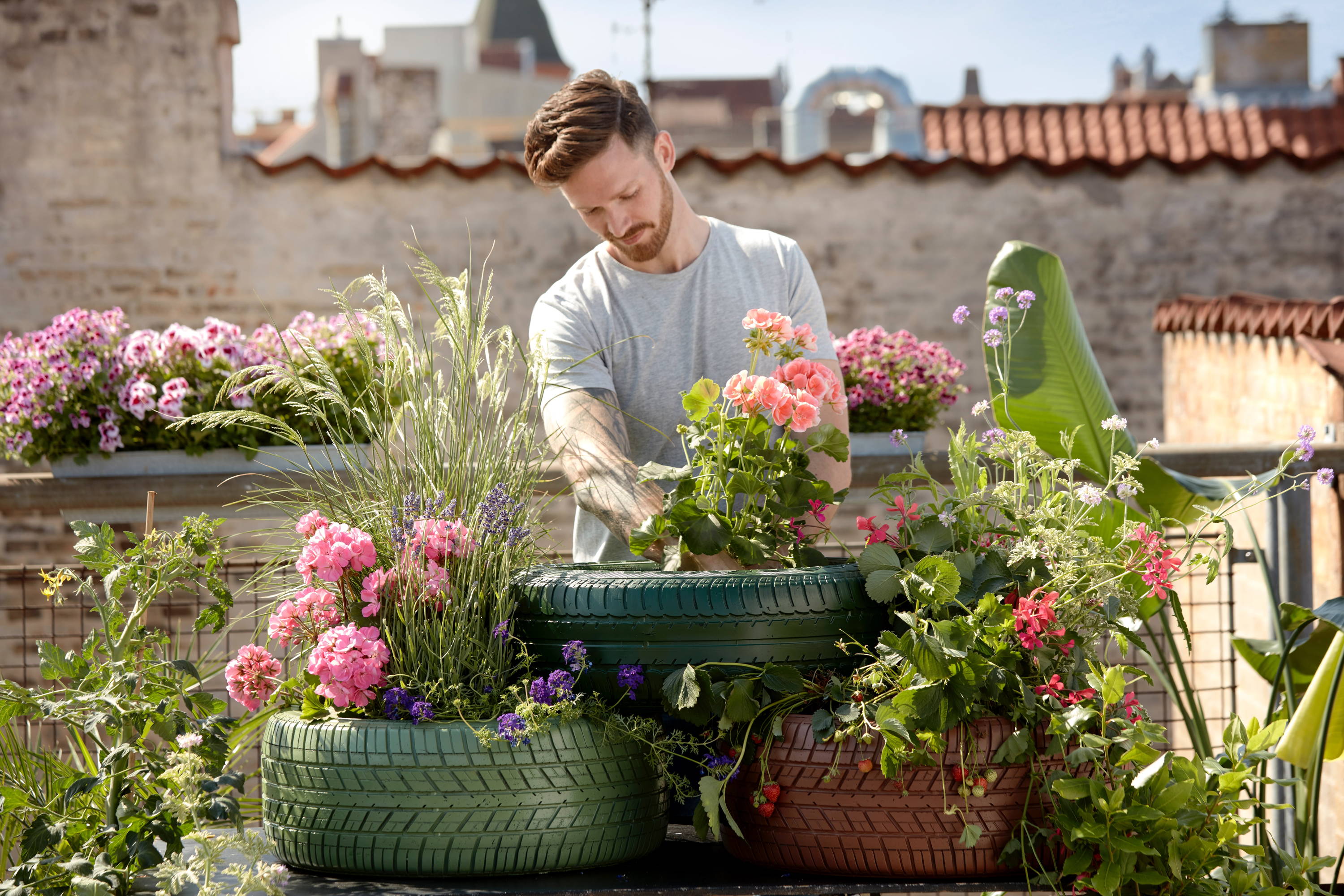 Finding peace in the garden

If you’ve got a busy mind, it can be hard to find ways to fully switch off. Meditating feels less like entering the zen-zone and more like embarking on a guilt-marathon because your brain just can’t seem to stop wandering.

For journalist Rebecca Nicholson, stumbling across gardening has been a miracle for her mental health. And it’s all thanks to a few dried beans given to her by an elderly neighbour. 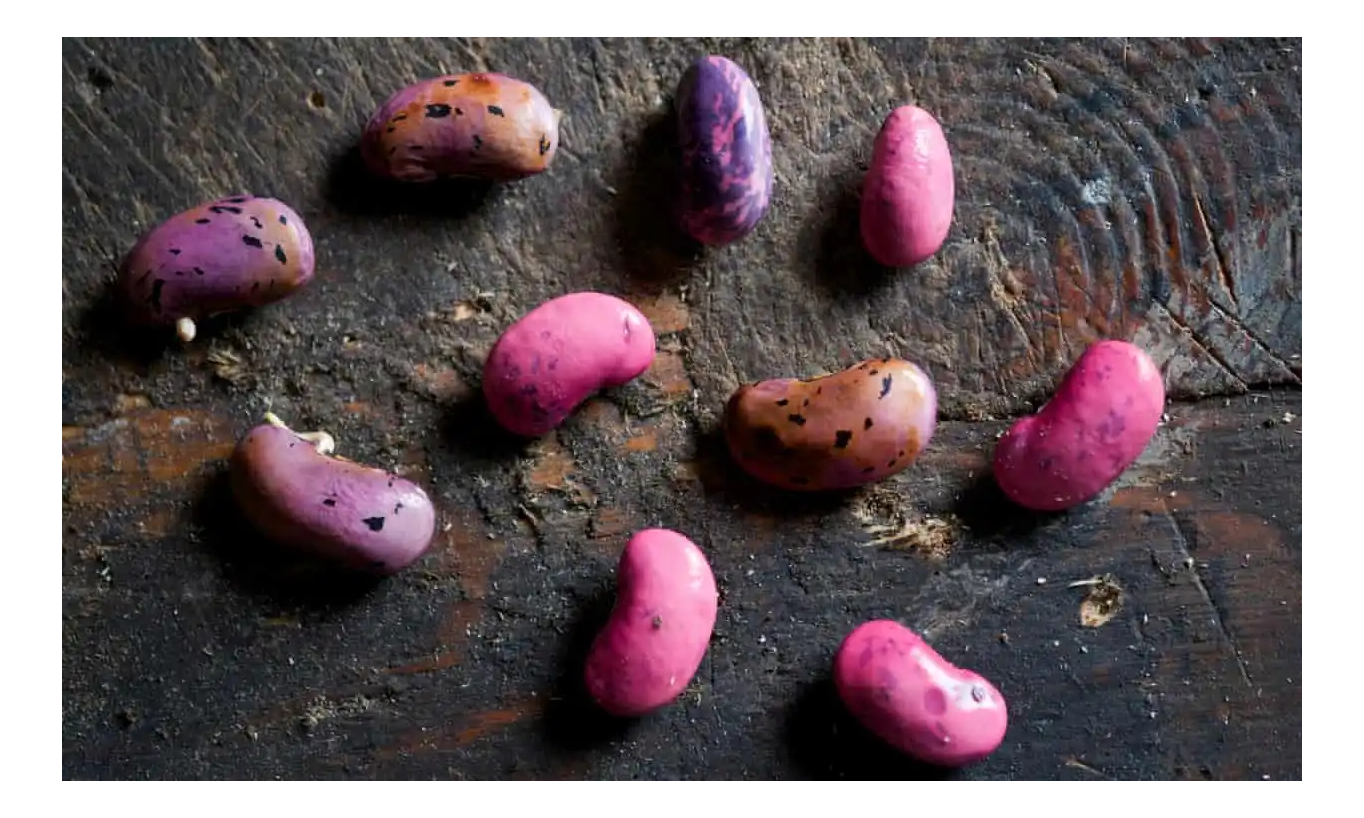 “It was the runner beans that did it. My neighbour, who is in her 90s, dropped round an envelope filled with a small handful of dried beans, which looked as if they’d been dipped in pink and black paint. A few months later, I was eating the best runner beans I’ve ever tasted, and they kept coming, for weeks and weeks. We gave bunches and bunches away, ate more, learned that you have to de-string them, and then finally, recently, when the plants started to look tired, let them dry out, and saved the seeds for next year’s batch.

I have a restless mind and I have tried everything to quieten it. Running, meditation, yoga. Working hard, hardly working. I have repeatedly listened to the app that’s meant to ground you, only to float off on a cloud of guilt for not being able to concentrate on it for long enough. But gardening works like nothing else has. I can nip into the garden for five minutes and find that three hours have passed. I don’t look at my phone. I tend not to worry or fret. And I can eat (most of) the spoils.” 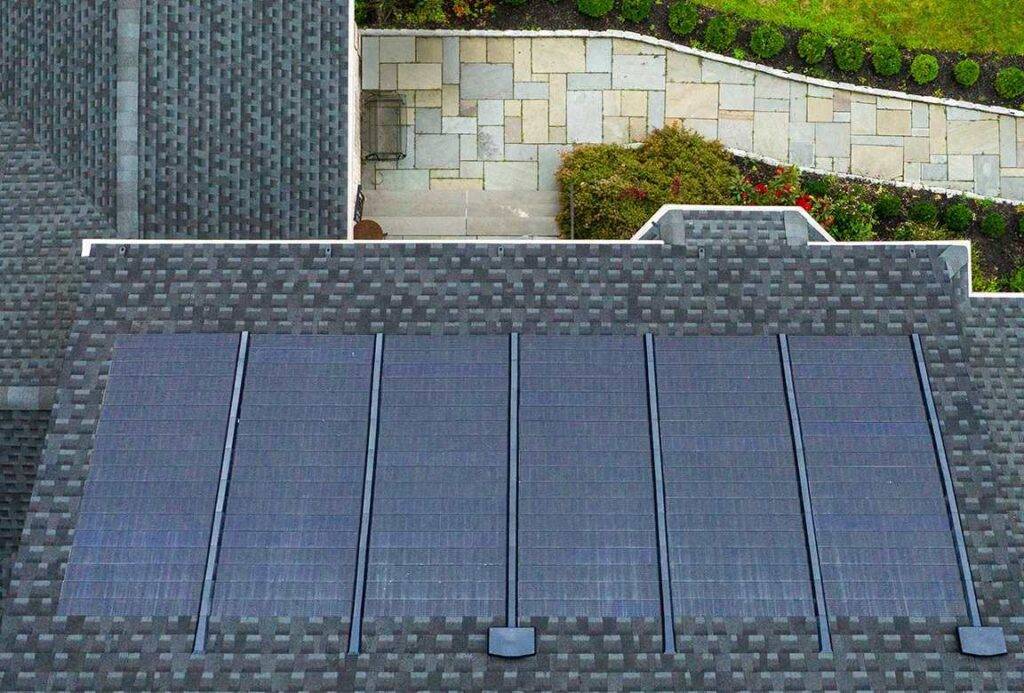 Solar shingles could power your next home

Solar power is nothing new, but in recent years there’s been a flurry of activity in the industry as engineers seek out ways to replace the somewhat outdated solar panel. Tesla recently released the innovative (and eye-wateringly expensive) solar roof, but a much more affordable option has just hit the market. Solar shingles.

Solar shingles look similar to the traditional solar panel system at a glance and cost around the same. But unlike solar panels, they can be installed with just a nail gun and are waterproof, fireproof and tough enough to be walked on.

For years the solar industry and roofing industry have been happily running in their own separate circles. But the creation of the solar shingle comes from Standard Industries – the largest roofing companies in America!

To roof a home with solar shingles costs less than half of a Tesla roof while still offering all the benefits of a traditional solar panel system, yet it looks much more subtle and is guaranteed to last. The company has already won several awards for their innovation, so if you’re looking to set your home up with solar in the coming years, keep an eye on this new system!

Check out this innovative tech 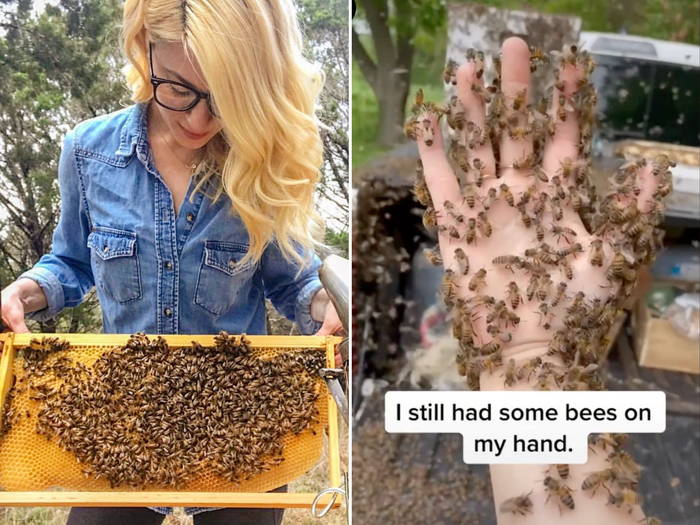 Would you stick your bare hand into a beehive? Seems like a bit of a no-brainer, but that’s exactly what Erika Thompson does every day!

After quitting her office job in 2019, Erika founded Texas Beeworks, becoming a fulltime beekeeper with a mission to increase the population of bees and hives in the state of Texas. Her motto, like many others in her field, is ‘save the bees’. But unlike many others, she does most of her work without a shred of protective gear!

Erika spends a lot of her time travelling around Texas to assist locals with bee removal. She rarely uses smoke on the hives as she carefully removes them, cuts them into transportable chunks and rehomes the bees with their queen. All the hives she relocates are taken to Erika’s land where they can recover and live their lives.

So how does she do all this without getting stung? Erika is pretty much a certified bee whisperer. She’s spent so much time around hives that she can tell whether or not they’re in an aggressive mood, and most of the time she knows it’s safe to handle them without protection, as long as she’s gentle. That said, don't go trying this at home!

Texas Beeworks is unique in other ways too. Rather than charging a standard fee of around $100, Erika encourages her customers to protect bee populations with her sustainable hive removals by providing her services for free! And she doesn’t steal from her bees either. Rather than selling their honey, Texas Beeworks makes its profit from beekeeping classes and any donations the company receives.