We’re anti-landfill and food waste, but why? Is it really that bad to toss out your mouldy bread and apple cores?

There's a tonne of statistics that highlight why food waste is serious... But you’ve probably seen most of them before, so we won't bother repeating them. To simplify it, these are the main issues created by food waste:

Overall, the food on our plates and in our bin has got us stuck in a very negative cycle. But you and I aren’t the ones to blame! Mostly.

The agricultural industry we know today was established around the early 1900s (give or take). Once people realised that producing food on a large scale freed up a lot of our time to do other things like invent better technologies and enhance our way of life – it got popular. Fast.

But over time, we went from relying on local farms only an hour or two away to having our food grown in different countries, shipped across oceans and stored for the maximum time on grocery store shelves.

As this transition happened, the environmental and literal price tag associated with producing our food went up. The quality of our food, on the other hand, plummeted. Food today is cheaper than it’s ever been – but you’d need to eat 8 oranges now to get the same nutritional value of a single orange 60 years ago.

This is mainly because of how modern farming works – but that’s a topic for another day.

In the 1800s, if you were to throw an apple away, you would have either fed it to your pigs, chickens, cows – or composted it. Bins weren’t really a thing for around 90% of the population. Everyone grew food. It was just financially irresponsible not to!

We recycled everything we could, re-used old items for different purposes and bought only the absolute essentials. Landfills didn’t even exist until 1937!

If you organically grew an apple, let it rot, and re-used it to grow something else, the environmental impact was pretty darn low. 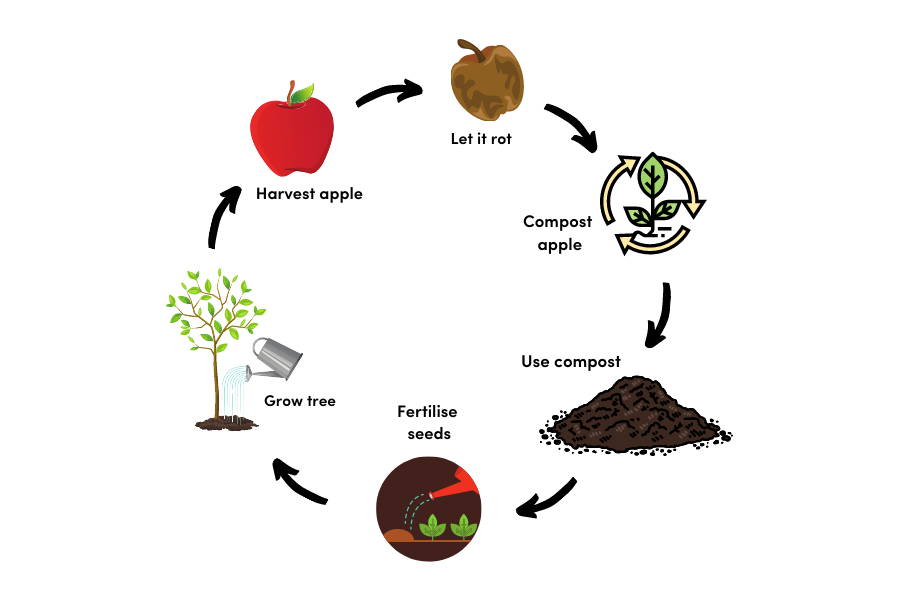 But what if someone in another country grows an apple for you, and it gets placed into cold storage, driven from the farm to a port, shipped from that port to a port in your country, driven interstate from that port to a local warehouse where it’s processed and then driven to your local store… and then you let it rot and chuck it into the bin? 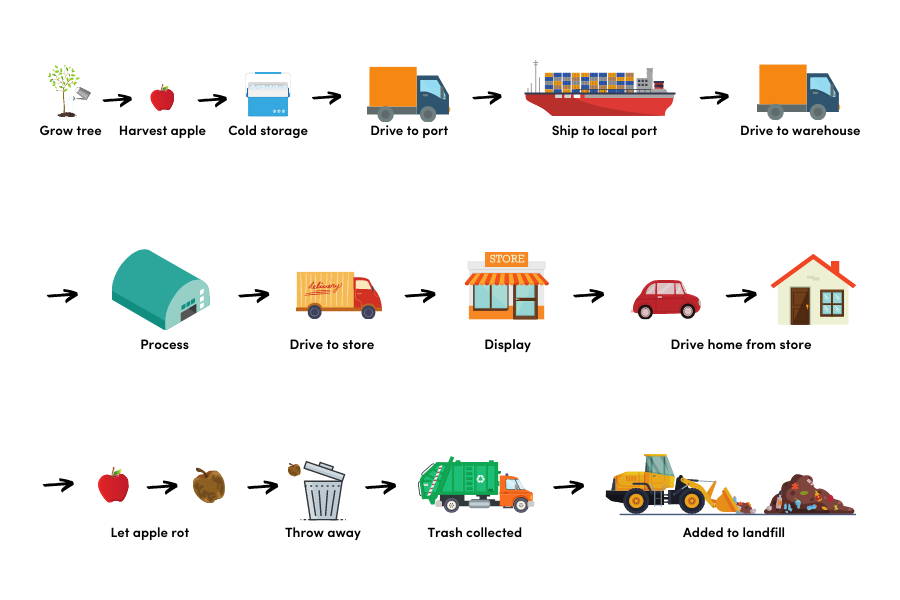 And for what? For that apple to end up in a landfill, where it will rot and contribute to global warming for the next few years.

Learn more about the hidden costs of food waste.

This is why food waste is a problem. We buy and throw away food we don’t need while other people can’t even afford to eat. We contribute to global warming when we could compost and grow food to share with others.

We don’t think anyone enjoys contributing to these issues. It’s just what we were taught as children!But we can choose to change.

It's time learn better ways to shop for food and deal with our waste. We can teach our children how to live sustainably, and help the people in our towns and cities that are struggling to eat.

So if you're ready to make a change but don't know where to start, just follow our motto for a greener future: