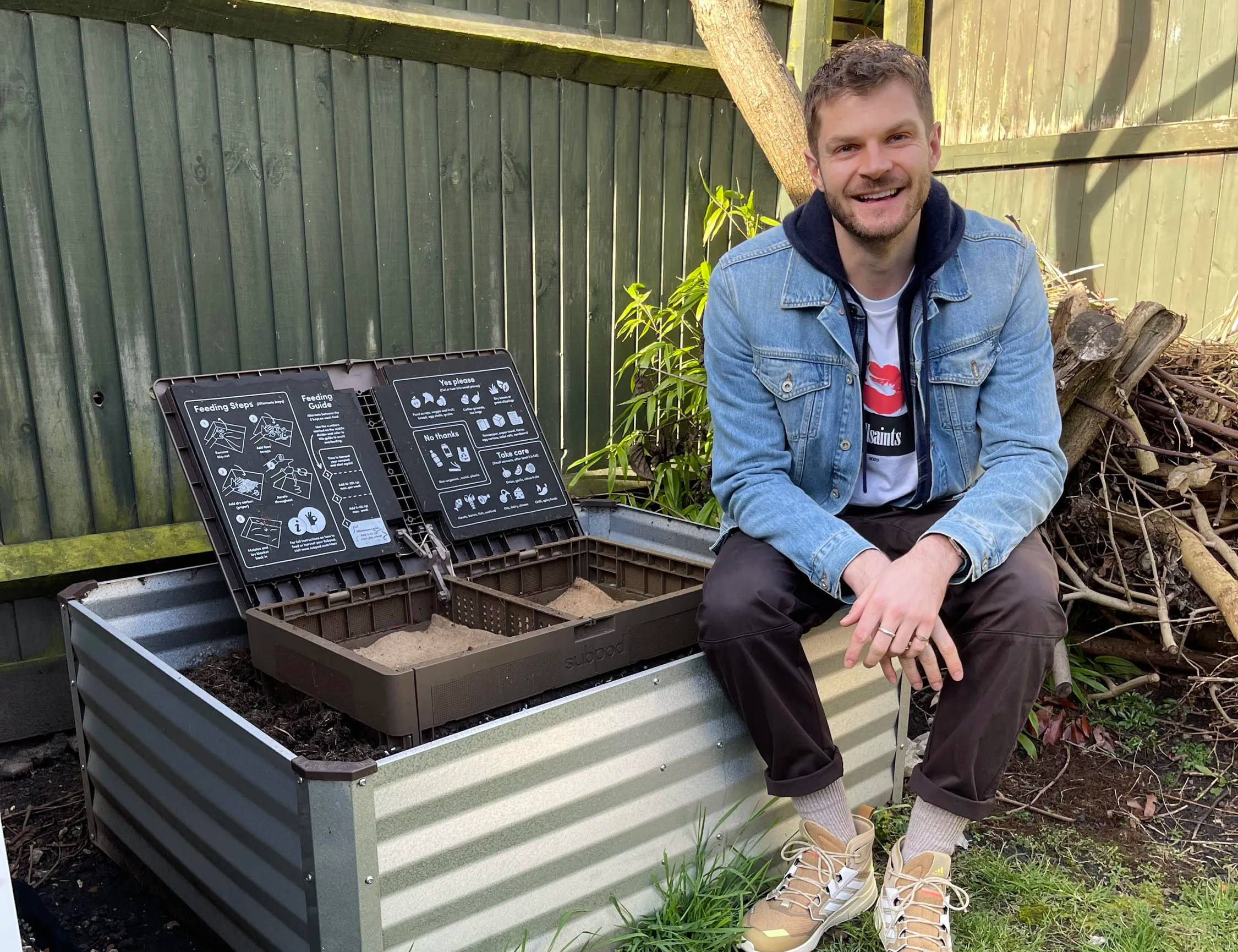 If you watched much YouTube between 2010 - 2015, you probably know who Jim Chapman is. For a while, he was one of the biggest British vloggers around! While he still makes the odd video, these days he’s living a bit more of a quiet lifestyle – writing, editing for British GQ and raising his baby daughter, Margot. And composting, too!

We were recently spotted in Jim’s Instagram story by one of our own followers, and we’re excited to say that he agreed to do a little compost Q&A with us.

As someone who’s always been very aware of the responsibility that comes with having a large audience, Jim tries to be a role model for positive habits whenever possible. We’re honoured that Subpod was the system he chose to start composting his family’s food waste with, and we hope his answers below inspire you to join him.

Read the Q&A with Jim 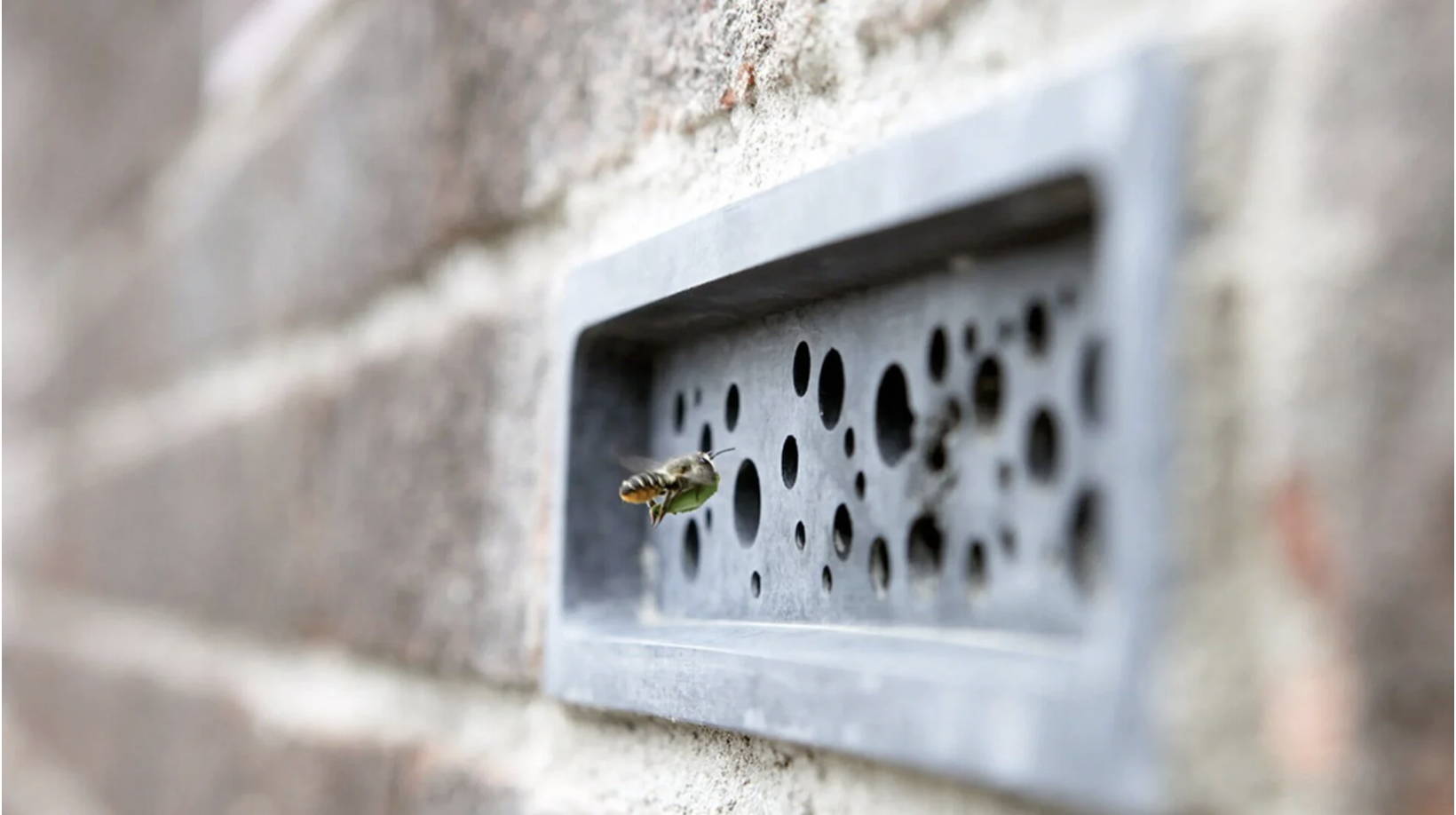 You might have seen the “insect houses” that have become popular in recent years – little wooden structures filled with small bamboo shoots and wood pieces. But a new kind of brick has taken that idea and built it into houses as a permanent refuge!

Bee bricks are similar to any other kind of brick, except for the fact that they’ve got a dozen or so cavities in them in which bees like to nest. The idea was inspired by old brick buildings and crumbling walls, which have been observed as excellent habitats for bees.

We normally think of bees that live in a hive with a queen, but it turns out over 90% of bee species are actually solitary! Solitary bees need safe places to ‘hibernate’ for the winter, or just take a break during long flights. But the bricks aren’t just for bees, many different pollinating species benefit from them.

The city of Brighton and Hove in Britain now requires that all new homes be built with a few bee bricks, and soon they plan to introduce a similar “swift brick” that will provide nests to swifts – tiny birds that migrate to the UK for a few months each year.

Making small adjustments to building regulations to encourage biodiversity doesn’t cost much, but the impact it can have for urban wildlife is huge. We hope that more cities and countries will adopt this inexpensive solution for pollinator protection! 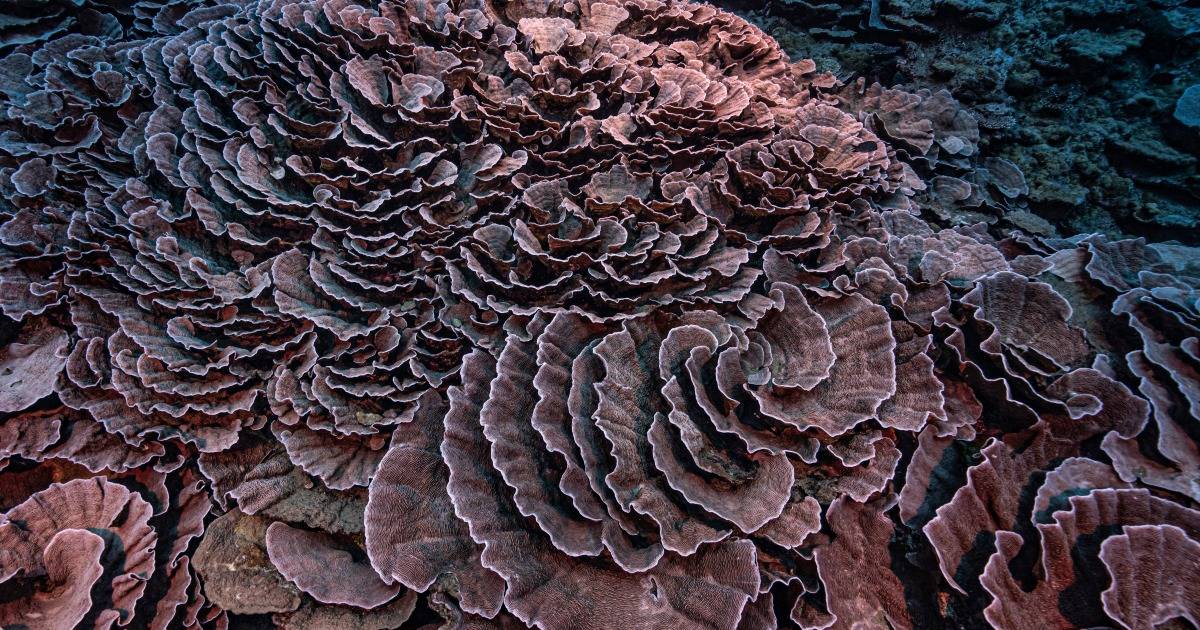 Pristine coral reef discovered off the coast of Tahiti

The past few years have been unkind to our coral reefs. Mass bleaching events, climate change and water pollution have led to huge loss of life and marine diversity. Which is why it’s amazing news that an undiscovered reef off the coast of Tahiti has been found!

Uncovered by photographer and explorer Alexis Rosenfeld, founder of 1 Ocean, the reef is almost 2 miles long, 200 feet wide and 30-65m below the surface. It’s now one of the most extensive healthy coral reefs on record.

Interestingly, the vast majority of the world’s known coral reefs sit at much shallower depths of up to 82 feet (25m), so this discovery suggests there could be many more undiscovered large reefs out there!

While French Polynesia suffered a significant bleaching event in 2019, it appears that the reef managed to avoid almost any damage. Scientists hypothesize that coral at a deeper depth of 200 feet might be better protected from climate change.

“It was magical to witness giant, beautiful rose corals which stretch far as the eye can see,” says the French explorer, Rosenfeld. “It was like a work of art.”

We have to agree with him. Hit the button below to watch a short BBC video on the vast reef, including some shots of the vast marine life found in it.