Today we want to talk about three very famous people throughout history who were completely fascinated by worms!

There’s this saying you’ve probably heard: “If I have seen further, it’s by standing on the shoulders of giants”. English scientist Isaac Newton said that, and while he was more concerned with gravity and the colour spectrum than anything wormy, the man had a fair point. People who achieve things, do so with the help of others.

We’re well aware here at Subpod that worms don’t have shoulders, and if we tried to stand on them they may get squashed. But we do have our own giants, our champions of the worm world! They are famous people from the past who have taken the worm cause to heart, trying to bring our wriggly buddies to the forefront of the public psyche.

There are three iconic figures that stand out, and of them one is an absolute giant amongst worms. His name is Charles Darwin.

Charles Darwin, the Father of Evolution (and Worms) 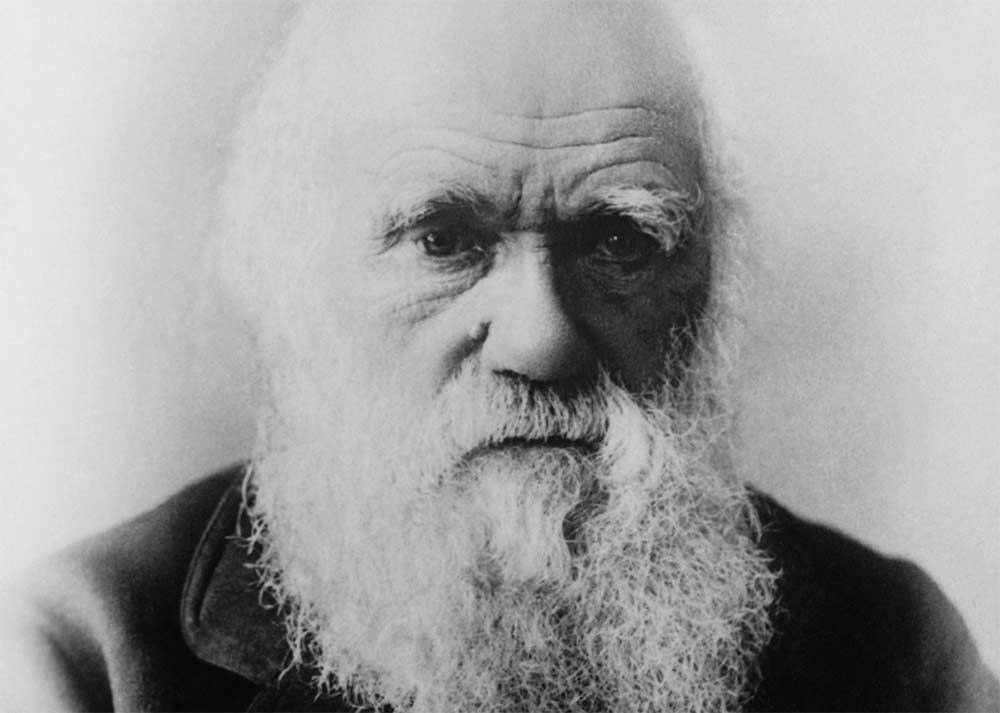 One of the most influential figures in modern history, Darwin is best known for his theory of evolution put forward in his book ‘The Origin of the Species’. In Subpod land and in the world of vermicomposting, we know and love him for his complete obsession with worms and their behaviour.

How obsessed was he? Well, he said that if he could get a second life he would dedicate it solely to worms! What’s particularly telling is that he actually did spend many years of his life studying them.

As a young man in his 20’s Darwin travelled the world as the official naturalist for a British ship, HMS Beagle. Shortly after he returned, his fascination with worms began when he saw how worm castings had buried ash in his uncle’s garden.

It sets off 40 years of experiments on worms and their behaviour. He even wrote a book entitled ‘The Formation of Vegetable Mould through the Action of Worms, with Observations of their Habits.’ It was a big seller in 1881!

Darwin has had such an enormous impact on science, it’s an honour that he was so committed to worms during his time on earth. Thank you, Mr Darwin! Next on our list of worm lovers is Greek philosopher Aristotle. 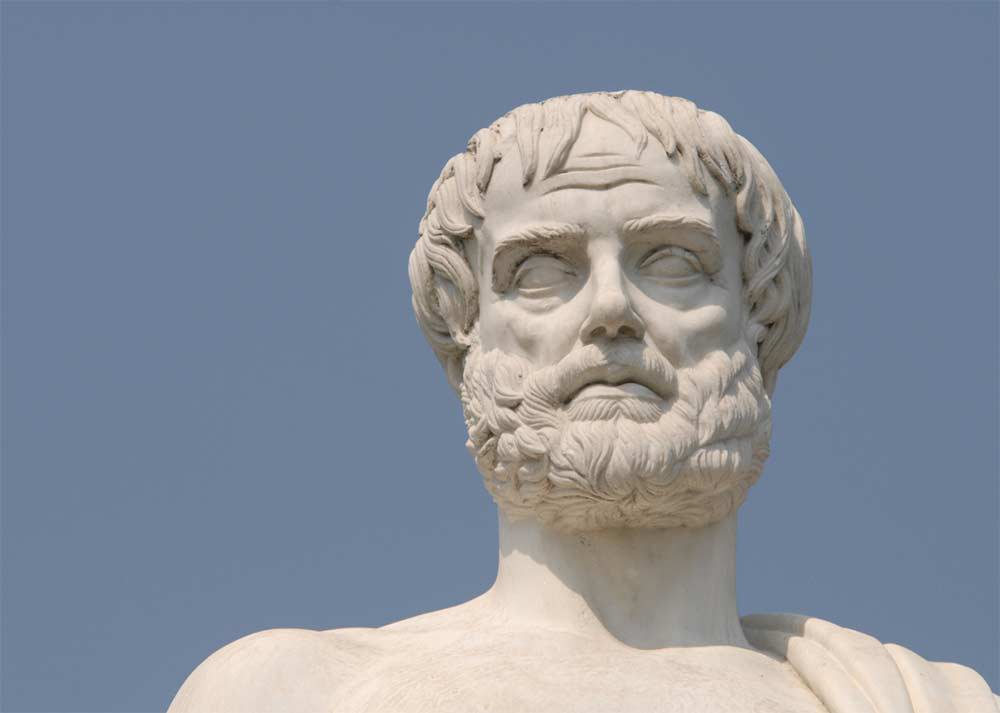 Long before Subpod existed, and long before even Darwin walked the earth, Aristotle lived in Greece. He built up a very impressive CV during his years, which ran from 384 BC to 322 BC. He attended Plato’s academy, founded the Peripatetic School of Philosophy, wrote hundreds of books and was even the tutor to a young Alexander the Great.

What a guy! In the midst of all his achievements, he still found time to be fascinated by worms. He famously lauded them as ‘the intestines of the soil’, a line that has stood the test of time along with his theory of logic and his views on natural law, science and rhetoric!

Thank you Aristotle, for being one of the first people on record to recognise the importance of worms!

Let’s move onto our third worm-loving celebrity, none other than the Queen of Egypt, Cleopatra. 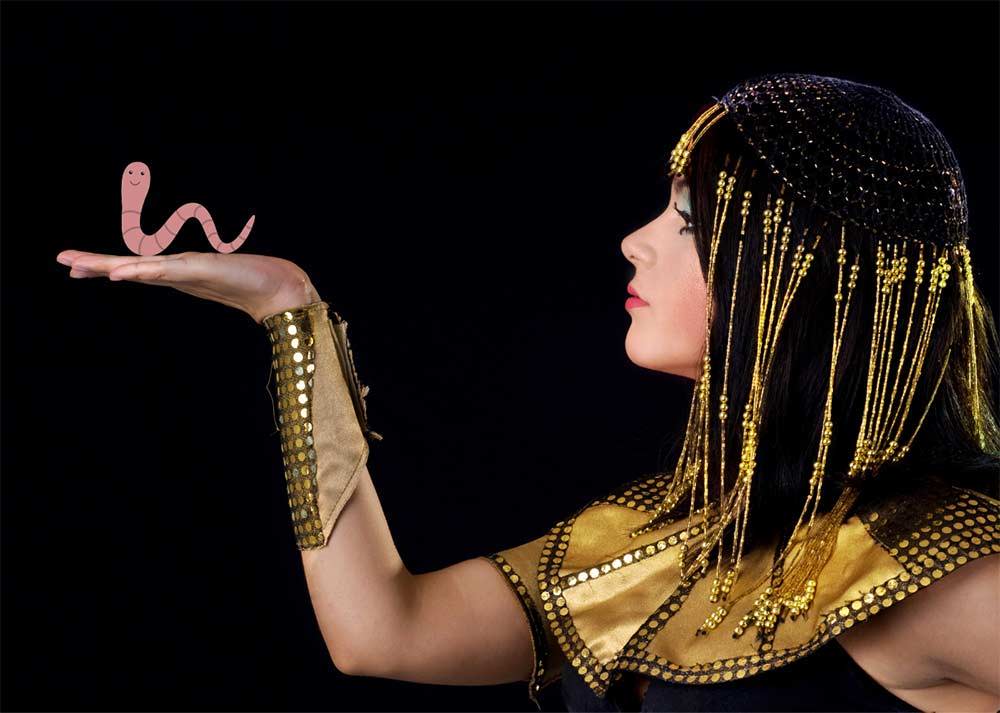 When you think of Cleopatra, you’d be forgiven for not associating her with worms. She’s pretty much been a popular culture icon for hundreds of years now, always associated with Ancient Egypt and its array of symbolism. Sphinxes, pyramids, golden barges, that kind of thing.

But worms? Yup, it turns out that one of the most famous female rulers in history was a massive worm fan. In fact, she practically worshipped them!

She recognised the value of worms to Egyptian Agriculture, and because of it she declared them sacred. If you removed worms out of Egypt, the punishment was death! Farmers were too scared to even touch worms. They were left alone to carry on with making the Nile Valley one of the most fertile places in the world!

If such bastions of historical influence have convinced you to cross over to the worm side, welcome to the club! We have a whole lot of information on our site to familiarise you with worms and with the vermicomposting process. This article on ‘Becoming a Worm Expert’ is a good place to start.

If you’d like to start on your own worm farm journey, a Subpod home composting system is easy to set up and maintain. This guide to choosing the perfect Subpod will help determine the right setup for your home space. Have a look, and be sure to browse through our products below.

Get Worm Farmin' with Subpod!

Home compost systems that are easy and fun! Check them out.